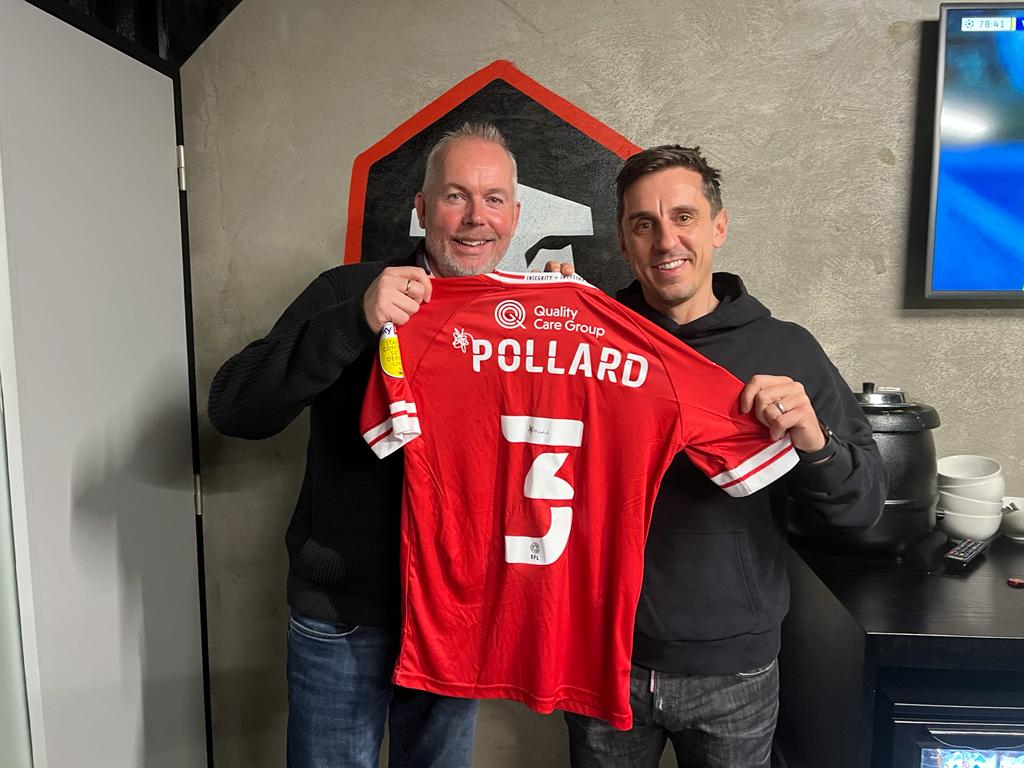 We have just announced a three and a half year contract with EFL League Two side Salford City F.C., who will feature our brand logo on the back of their new playing shirts.

This is an incredible opportunity for us as we expand our business across the North West. Salford City F.C. are also involved in many charitable initiatives, so together we plan to help raise awareness of the care sector's unsung heroes, which ties in nicely with our charitable arm Pollard's Promises.

Darren Pollard commented: “I am delighted to be working with Salford City F.C. and the class of 92 over the next three and a half years as we expand our business across the North West. The team at QCG and I are excited to be joining the Salford City F.C. family while hopefully watching them move up the Football League!”

This sponsorship also falls as part of Darren's growth strategy, as he plans to open a Manchester office in the near future. This is an exciting opportunity for QCG and the first of its kind for the business.

Karen Baird, the Chairman, said: “We are pleased to welcome QCG to Salford City, and we would like to thank them for their support. QCG has an excellent reputation for their support and services to the care sector, and provides some amazing opportunities for care sector employees and care home residents through its charitable arm Pollard's Promises.”

Gary Neville, Co-Owner of Salford City, said: “It’s fantastic to have Quality Care Group on board with us here at Salford City as they continue the expansion of their work across the North West. We are aligned with our ambitions to grow as businesses, and we are looking forward to working with each other over at least the next three-and-a-half years.”

Look out for the new shirts at the F.A. Cup game between Salford City and Chesterfield on Sunday 5 December at 17:15.

Back to all news